Connecting East and West, Turkey’s economic activity has benefitted from its geostrategic position. Despite current regional challenges, the country’s economy has been expanding constantly. In fact, the Turkish economy has experienced an impeccable annual growth rate of almost 6% over the last two decades, tripling GDP since 2002.

Yet, investors must bring with them resilience and stamina to manage the occasionally rocky path and to succeed. After all, there is a lot going on: Turkey’s economic outlook is influenced by its fierce domestic politics, its proximity to geopolitical hotspots, international political and security agendas, and a restless economy.

Turkey’s ambitious goals set to be accomplished by the nation’s 100-year anniversary in 2023 offer ample opportunities to international companies.

A quick look at recent events in Turkey sheds light on the current realities and paves the way to spot opportunities.

2018 was marked by an unprecedented array of challenges for the Turkish economy. There was the run from the lira, hitting rock-bottom in late summer and boosting inflation levels. High unemployment and a liquidity crisis further complicated the picture.

While the currency somewhat rebounded, its value still stands far from ideal for the Turkish economy. Apart from that, experts long cried for structural reforms, a wish that Ankara has now promised to tackle.

In fact, the “structural reform package” introduced on 10 April 2019 includes necessary steps including:

Incidentally, there are signs that the business community has perceived the reform plan positively, as business confidence rose by 6.9% in April 2019, according to the Turkish Statistical Institute’s (TurkStat) “consumer confidence index”.

The recent post-election uncertainties may also compel the Turkish authorities to introduce some election reforms in order to prevent future uncertainties.

The same level of confidence could not be transmitted to the ongoing US-Turkey negotiations pertaining to numerous topics. The recent visit of a Turkish senior delegation to the US, spearheaded by foreign minister Mevlut Cavusoglu, treasury minister Berat Albayrak and defence minister Hulusi Akar, promised fruitful bilateral outcomes. Yet, expectations received a blow with the US administration’s decision to not issue waivers to Turkey regarding Iran oil exports anymore.

Adding to that, the two parties stand in diametrical opposition with regards to the Russian S400 weapon system. Turkey is not just promising to stick to buying it, but even accelerating the process. July has now been set as the new target date. Meanwhile, the US administration has expressed its concerns over NATO compatibility of the system, despite other NATO members already owning the very same equipment.

Furthermore, Congress has recently introduced three bills that foster the anti-Turkey atmosphere. This seems to result in an open tit for tat with the US. Washington is not willing to deliver the already paid F35 fighter jets to Turkey, which has only received 4 out of 100 so far. This, in turn, has sparked Moscow to express its inclination to sell its jet technology to Turkey, if wish be.

Nevertheless, stipulated during the Turkish delegation’s visit to Washington, the two nations envision a $75 billion bilateral trade volume. For this purpose alone, a working group has been established. In line with those plans, a US delegation focusing on the ‘digital economy’ is expected to pay Turkey a visit in May.

The relationship is also undermined by developments in Syria. US-support to the Kurdish group YPG in Northern Syria puts pressure on the bilateral ties. The Syrian conundrum bears the potential for cooperation and divergence at the same time. While it was an important item on the agenda during the recent visit to the US, no breakthrough has been communicated to the outside yet.

Turkey now has four years until the next elections in which President Erdogan wishes to focus on growth and stability. Two items of paramount importance on the agenda are the strive for energy independence and proficient domestic defence capability. This and more ambitious goals set to be accomplished by the nation’s 100-year anniversary in 2023 offer ample opportunities to international companies.

Nonetheless, geopolitical and domestic risks, which need to be assessed and understood by international investors, remain. Investors who analyze the existing risks and develop risk mitigation approaches through stakeholding and partnership strategies will be most successful in this very promising, yet complex market. 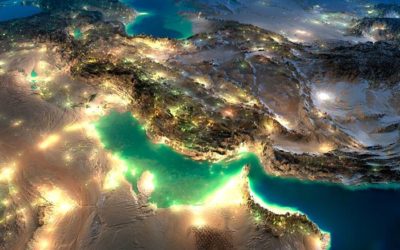 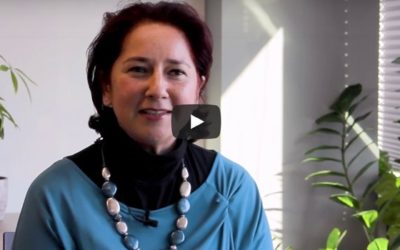