Bijan Khajehpour, Managing Partner of Eurasian Nexus Partners and an Al-Monitor columnist,  discusses the options for US-Iran diplomacy and the Iran nuclear deal under a Biden Administration; the candidates and issues shaping Iran’s presidential elections next year; the prospects for Iran’s economy; how Iran’s relations with Russia and China are linked to its ties with Europe and the US; Iran’s Middle East policies; why regime change hasn’t worked in Iran; and whether there might be a chance for the return of Americans unjustly imprisoned in Iran.

The Iranian economy has a peculiar complex structure. Despite having a large resource base and strong economic potential, Iran suffers from economic worries such as inflation and great unemployment.

While the management of the economy has been tainted by revolutionary ideals and misconceptions, it is important to assess the characteristics of the Iranian economy without ideological biases to understand how it has survived despite internal inconsistencies and external sanctions since the 1979 Islamic revolution.

What are the basic foundations and key developments of the Iranian economy? How many of the problems we see today are due to the U.S. sanctions and how much is caused by misguided policies and structural matters? What is the current economic picture and what is Iran’s financial capacity in surviving the current economic crisis? Read more

The UI Podcast · Anatomy of the Iranian Economy 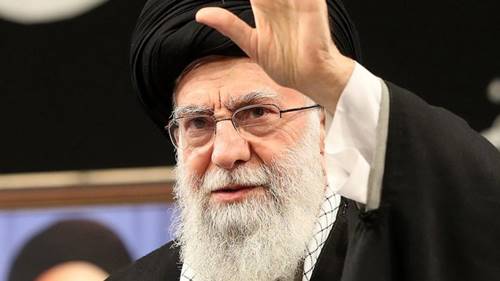 Britain says three Iranian tankers tried to stop its tanker near the Strait of Hormuz, but were warned off by a warship. Officials in Tehran deny allegations. Bijan Khajehpour tells Sanam Shantyaei that “Iran is engaging in a new strategy after a year of ‘strategic patience’.” Watch

The Donald Trump administration insisted today that ratcheted up financial and diplomatic pressure has cut into Iran’s profit margins amid the downing of an American drone in the Strait of Hormuz.

But though top US officials have asserted that the “maximum pressure” campaign seeks to halt Tehran-backed proxies and bring the Islamic Republic to the table for fresh talks, an expert said the American effort could backfire, failing to cripple Iran’s economy and turning the population against the United States.

“If the core question is will this maximum pressure campaign lead to an economic collapse in Iran, I can tell you from an economic point of view, no,” Bijan Khajehpour, a Vienna-based economist and managing partner at Eurasian Nexus Partners, said at an Al-Monitor Middle East Mornings breakfast today. “This situation is not leading to society as a whole questioning the Iranian government. It’s leading to the society as a whole distrusting the Americans more than before.” Read more

CIPE | Democracy That Delivers #160: Dr. Bijan Khajehpour on Sanctions on Iran and its Effect on The Private Sector

Dr. Bijan Khajehpour is the managing partner of Eurasian Nexus Partners (Eunepa) – a Vienna-based strategy consulting firm. He has advised international companies on West Asian markets for more than two decades. He has also been involved in mediation and negotiations of international business and investment partnerships.

In this Democracy That Delivers podcast, along with Babak Yektafar, CIPE Senior Program Officer for MENA, he discusses the issue of corrupt networks in Iran, and how that affects the country’s population and harm the private sector.

“In the name of sanctions, all types of corrupt businesses are happening. It’s undermining the Iranian economy, it’s undermining the private sector, and it’s consolidating forces that are not constructive for Iran or for the region. It creates channels of goods and money that are hurting the regional economy.” Listen here 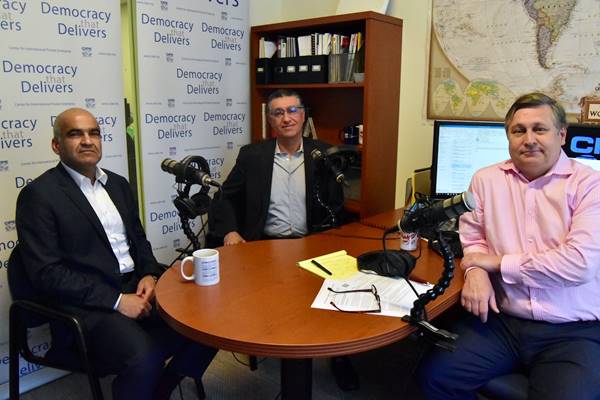 To what extent can Iran’s relationship help it alleviate the pressure from the Trump administration on its economy? Will Beijing and New Delhi see Iran’s predicament as an exception or the first casualty in a world where the US has weaponised its position in the global economic system? Read more 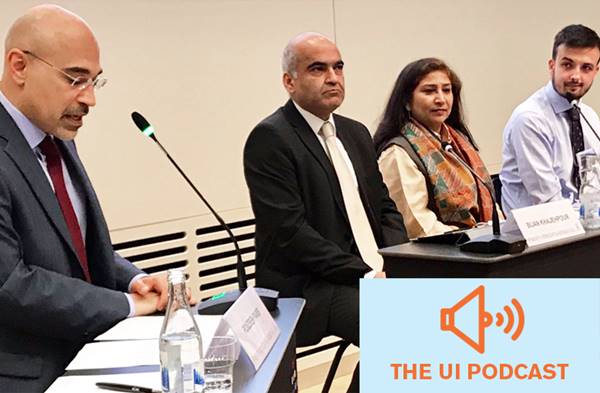